COVID-19 Update
We are open and ready to take care of our patients safely with new precautions and protocols. Please click here for details. 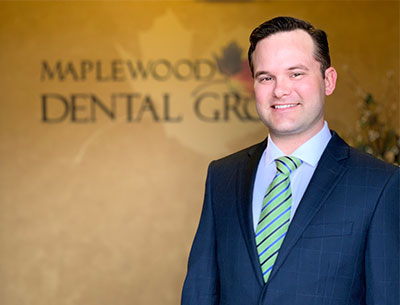 Born and raised in Anaheim, California, Dr. Stevens is the oldest of three siblings. He studied Biochemistry and Molecular Biology at the University of California, Santa Cruz, where he learned to love hiking and cooking. He studied dentistry at Western University of Health Sciences, and was awarded the President’s Society Award his third year, and his class award his fourth year.

Dr. Stevens enjoys working with patients of all ages, but found his passion for working with children early in life. Growing up, he helped his mom in her elementary school classroom, and his first jobs were teaching swim lessons and tutoring children. In dental school, he gave oral hygiene presentations to elementary school students, and took an elective course screening children and educating new mothers at WIC centers.

After graduating dental school, Dr. Stevens attended residency in Oklahoma City at the University of Oklahoma Children’s Hospital and the VA Dental Clinic. It was in Oklahoma where Dr. Stevens met the woman who would bring him to New Hampshire. After residency, Dr Stevens worked for two years in rural New Mexico, treating children and adults.

Dr Stevens moved to the area to be closer to his girlfriend of three years, Ellie, who works as an engineer in nearby Bedford, MA. They are now happily married. Accompanying him for this cross-country journey were his two rescue-pups, Penny and Buster. In his free time, Dr. Stevens can be found enjoying live music, snowboarding, and perfecting his homemade pie crust. 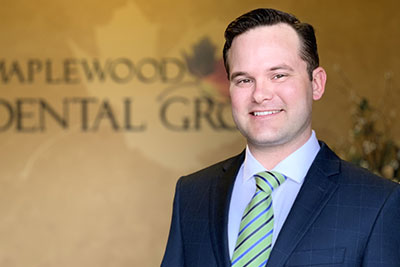